Jeton Neziraj is a playwright and the Artistic Director of the National Theatre of Kosovo. He has written over fifteen plays, which have been staged and presented in Kosovo, around Europe and in the USA.

His plays have also been translated to several languages (German, English, French, Spanish, Romanian, Slovenian, Bulgarian, Serbian ect). His play, "Liza is sleeping" won first prize in a national competition for Albanian plays, organized by the Publishing House "Buzuku," and premiered in the National Theatre of Kosovo in 2007.

He has authored dozens of essays about theatre, which have been published in local and international newspapers and magazines. Jeton Neziraj has written several books, including a book on the famous Kosovan actor Faruk Begolli.

He is the founder and leader of the theatre company Multimedia Center, focusing on contemporary theatre.

Neziraj’s plays have been performed in many important theatre festivals in Europe (FIT, Protected territory, ...) . His new play, “The Demolition of the Eiffel Tower” was first publically presented in France at the “Fabrique Ephéméride” on 28 May 2010.

Existing translations of his plays: 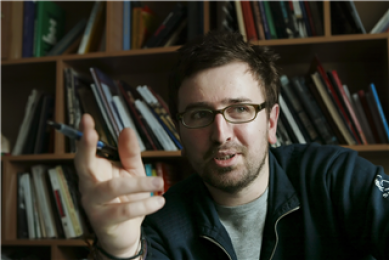